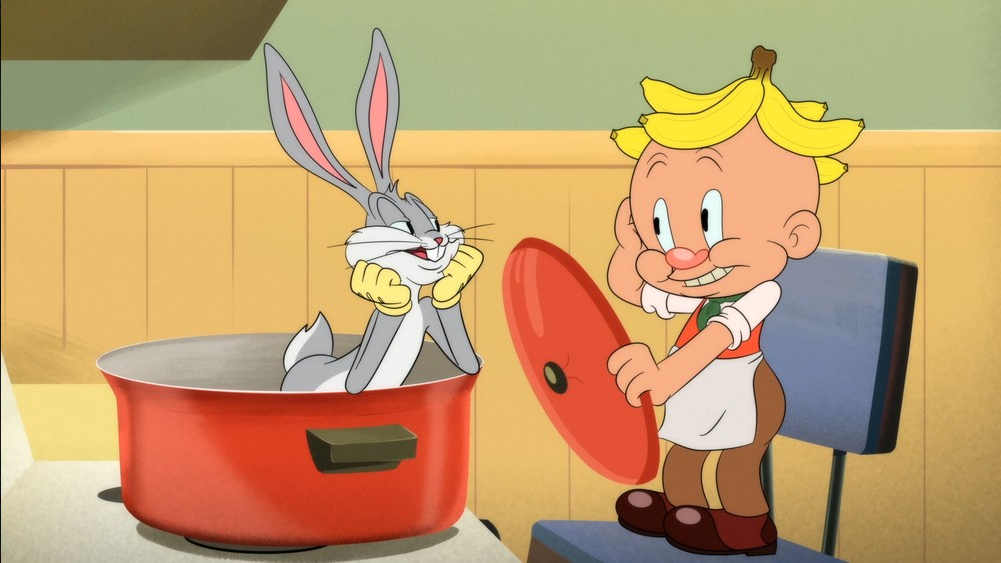 From 13 September to 8 October, from 19.20 pm on Boomerang (Sky channel 609) a special program entirely dedicated to LOONEY TUNES

To celebrate the highly anticipated release of the film SPACE JAM NEW LEGENDS, a special program entirely dedicated to LOONEY TUNES, the cult show by Warner Bros Animation, will be broadcast on Boomerang (Sky channel 609). The film, in Italian cinemas from 23 September, is directed by director Malcom D. Lee and stars the famous and beloved centrist LeBron James together with Bugs Bunny and the whole, more mad than ever, Looney Tunes gang. SPACE JAM NEW LEGENDS is the sequel to the film that has become a cult for young and old, SPACE JAM, starring the beloved Michael Jordan, always together with Bugs and the Looney.

The appointment with the special Boomerang programming is from 13 September to 8 October, from 19.20pm.

There will be many adventures to live - and relive! - in the company of the hilarious, heroic and rascal Bugs Bunny with the inevitable Taz, Yosemite Sam, the wanted bandit par excellence, always looking for a bank to rob and a favorite victim for Bugs' pranks; the pig Pallino, Willy the Coyote and Beep Beep, Duffy Duck, Marvin the Martian and again the beloved bird Tweety, his bitter rival Silvestro and Speedy-Gonzales.

Furthermore, every evening there will be a cinematic appointment with a movie that will involve the mythical characters in unmissable stories and gags: Bugs Bunny Show, Tiny Toon Adventure: Monster Gallery, Tiny Toon Adventure: Hurray for the Holidays !, and again  Tweety tourist all to do, The 1001 fables of Bugs Bunny, and the movies starring the duck Duffy Duck and the Fantastic Island e Duffy Duck Ghostbusters.

A unique opportunity, therefore, to enjoy a classic of animation that continues to entertain and entertain young and old.