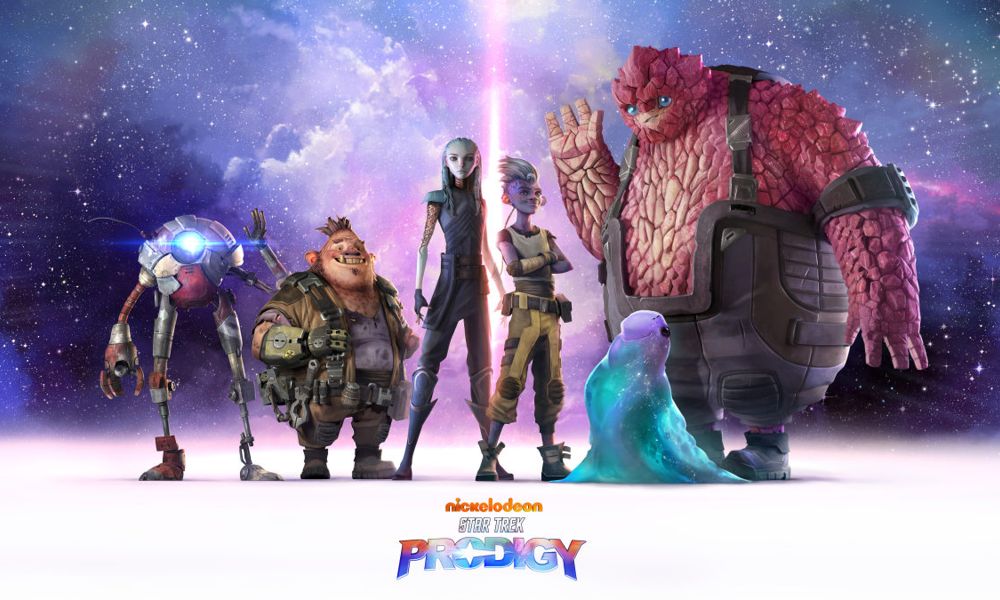 ViacomCBS announced on Wednesday at its Investor Day event that the Star Trek Universe will head to Paramount +. The line-up includes the brand new animated series for children Star Trek: Prodigy, which will now premiere on Paramount + in the US in 2021. Developed and produced by Nickelodeon and CBS Studios, Prodigy is the first animated series of Star Trek for kids and family audiences and will bow on Nickelodeon later, after his first run on Paramount +.

Other notable announcements of the presentation include live-action reboots for Dora the explorer e Two Fairly OddParents (The Fairly OddParents) - one of Nickelodeon's longest running animated series at 10 seasons (172 episodes) - and a new one Beavis & Butt-head film by creator, executive producer and voice actor Mike Judge. The project will be the slacker duo's first feature film since then Beavis and Butt-head Do America in 1996, and joins the Comedy Central reboot announced last year.

A first image of Star Trek: Prodigy the deck crew was also released. In this new adventure, six outcast youths know nothing about the ship they hijacked - the first in the history of the Star Trek franchise - but in the course of their adventures together, they will be introduced to Starfleet and the ideals it stands for.

“In three years, we have expanded the Star Trek universe to new heights, creating five original series, each with their own unique storytelling and distinct cinematic feel,” said Alex Kurtzman, executive producer of Star Trek Universe. “We are so excited to partner with Dan and Kevin Hageman and the Nickelodeon team for Star Trek: Prodigy as we bring Trek to a new generation of younger fans with an animated series as rich in character and reach as our live shows. I am thrilled that audiences of all ages now have immediate access to Trek's complete library, classic series and new originals, in our new home in Paramount +. "

"When Star Trek: Discovery first, we knew we had the start of something special, ”said Julie McNamara, Executive Vice President and Head of Programming, Paramount +. “Over three years later, we are thrilled that Paramount + will serve as the home streaming of the Star Trek Universe, with an unrivaled existing and expanding library of Trek content. The upcoming addition of Star Trek: Prodigy a Paramount + means subscribers now have a Trek series for every member of the family, including children. We are thrilled to bring this next chapter to a new generation of Trek fans along with the creative minds behind Secret Hideout and Nickelodeon, as well as the talented Kevin and Dan Hageman. ”

"Debut Prodigy on Paramount + along with the entire Star Trek universe indicates our strategy to increase Nickelodeon's reach by expanding our best franchises and delving deeper into their worlds, characters and stories, "said Ramsey Naito, President , Nickelodeon Animation. "And in addition to having fantastic characters and absolutely fantastic animations, Prodigy shows how ViacomCBS brands can come together to create great and engaging content that appeals to both new audiences and longtime super fans. We are incredibly proud of this series and look forward to expanding its audience on the Paramount + and Nickelodeon platforms. "