Crazy Claws the cartoon of The Kwicky Koala Show 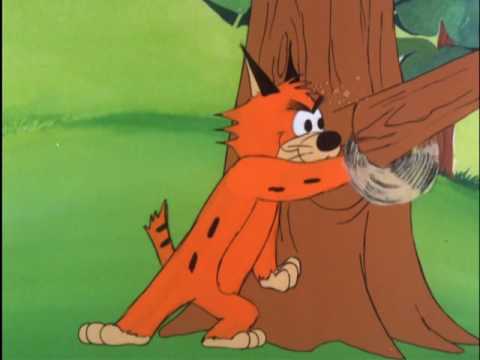 Crazy Claws (which in Italy is called Crazy Claw) is a character from the American cartoon program The Kwicky Koala Show . He is an intelligent wildcat, with a voice based on Groucho Marx, who lives in an anonymous national park in the United States.

Crazy Claws is constantly chased by Rawhide Clyde and his canine accomplice, Bristletooth, to the point of using corruption just like Quick Draw McGraw does with Snuffles, but with jerky offered instead of dog treats.

The Kwicky Koala Show is a 30-minute Saturday morning cartoon produced by Hanna-Barbera Productions and Hanna Barbera Pty, Ltd. that aired on CBS from 12 September to 26 December 1981. This series is known to be among the latest works cartoon director Tex Avery; died during production in 1980. Because it was produced in Australia, Cartoon Network and later Boomerang broadcasts were from PAL masters, rather than NTSC masters like so many other Hanna-Barbera productions. Each segment was also shown separately as a fill between shows on Boomerang.